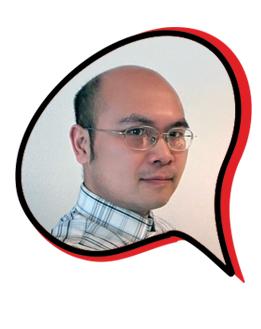 I first studied at Wuhan University from 1997-2001 and completed my BA in Electrical Engineering and Communications Engineering. In 2002 I was one of the first students to come to Germany within the exchange project between China and the University of Duisburg-Essen (UDE). Within the first year I learned German at Communikation Akoun & Scholten and prepared myself for the DSH exam, which I passed immediately at the first attempt. Good work from both sides, I would say. Then I finished my diploma in electrical engineering at the UDE – a diploma corresponds today to a master’s degree. During my studies at the University of Duisburg-Essen, I worked as a tutor in the “TuDu Team” of the Studentenwerk and later as a tutor in the International Office of the University in order to help Chinese and other foreign students to find their way to the UDE. At the same time, I was chairman of the Chinese Community Duisburg from 2005 to 2008 and a member of the board of the association CASD e.V., the umbrella association of all Chinese student associations in Germany, from 2007 to 2009. The work at these different junctions between Germany and China has a great impact on me and helped me a lot.

After finishing my university education at the UDE, I started working in the logistics sector – and here also at the interfaces of goods traffic between Germany and China. After working for JCB (Düsseldorf) and DHL (Duisburg) and Denamic Logistik (Stuttgart), I have now (2019) worked for two years for a Dutch company in Amsterdam (ECMS). I have been in Germany for 17 years now and work as an intermediary between Europe and China and I and my family like that very much.